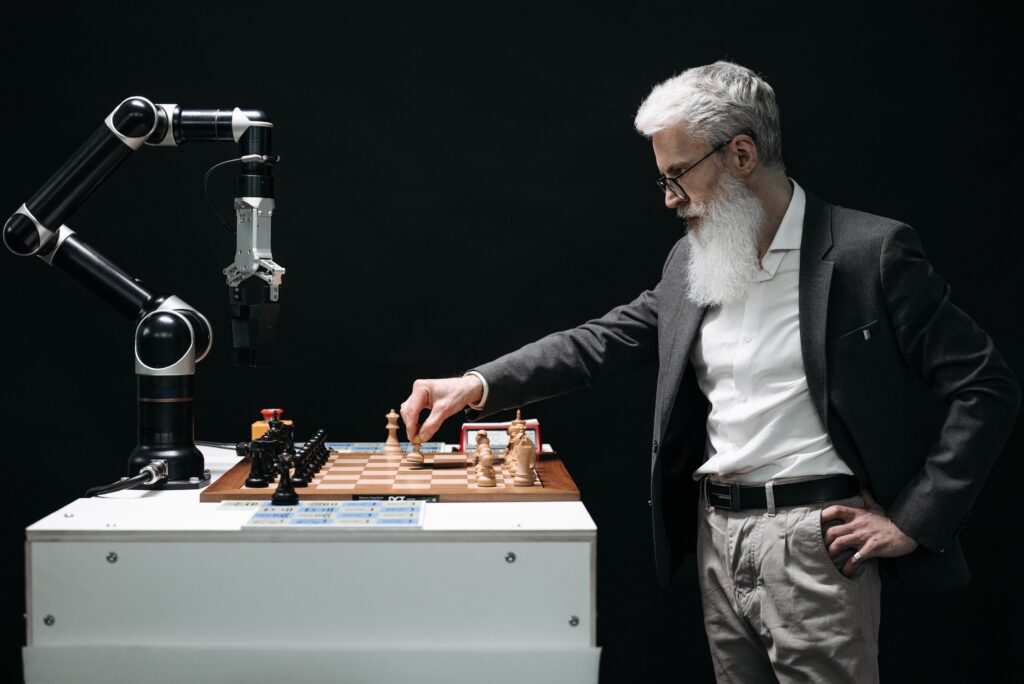 Did you know that most repetitive tasks in factories can be automated reduces worker fatigue, health hazards, and improves productivity?

Robot is derived from the word robota, which literally translates to hard work or forced labour in many Slavic languages including Czech. An industrial robot is a combination of multiple electro-mechanical components that synergistically work to assist humans in many ways. Today, industrial robots use sensors extensively, and work on principles based on mathematical models. That is, the exact parameters in three-dimensional Cartesian coordinate axes (X, Y, Z) are required to begin tasks (lift & place parts, transport parts, etc.). In general, six major types of robots are used in factories ”Articulated, Cartesian, SCARA,
Delta, Polar, and Cylindrical. Designers choose a robot type is based on important decision factors (load, orientation, speed, travel, precision, environment, and duty cycle). The first known industrial robot meeting the ISO definition was created by Griffith Bill P. Taylor in 1937. The machine had a crane like
design, powered by a single electric motor, with five axes of movement. It was automated (programmed) through punched paper tapes. In 1954, George Charles Devol patented the first prototype of a programmable robot (punched paper tapes) that could stack wooden blocks. His firm Unimation (founded in 1956) developed the first robot used by General Motors in the automotive sector in
1961-62.

Askmentor is built as a platform to facilitate networking between mentors and mentees. It is a professional social network that matches entrepreneurs to the advisors and resources thereby increasing the odds of success.